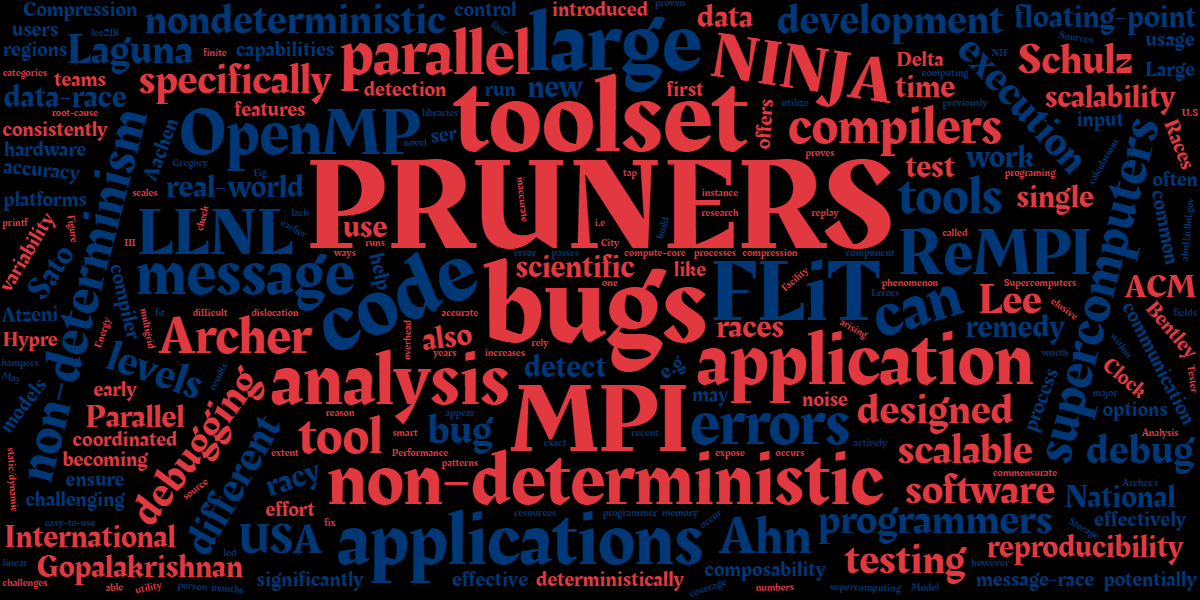 Large scientific simulations must be able to achieve the full-system potential of supercomputers. When they tap into high-performance features, however, a phenomenon known as non-determinism may be introduced in their program execution, which significantly hampers application development. PRUNERS is a new toolset to detect and remedy non-deterministic bugs and errors in large parallel applications. To show the capabilities of PRUNERS for large application development, we also demonstrate their early usage on real-world, production applications.